The History of Ruby on Rails

In 2005, 37signals began designing and developing Basecamp with three goals in mind: *It needed to be significantly better than anything else out there *It needed to be as fast or faster than anything else out there The team delivered the first release in 2004 and followed up with another major release in 2005. In 2006, they were one of the first companies to make their development framework public, opening it up to the world so that people could use it. So what did they call this framework? You guessed it –Ruby on Rails.

Ruby is a dynamic, object-oriented programming language that can be to create elegant and powerful software. With a focus on simplicity and productivity, it has many features to help developers write better code, faster. What makes Ruby so appealing is that its syntax doesn’t produce any ‘noise’. Every detail in your code matters; it’s just as important as everything else. Not only does this reduce repetitive tasks, but it also enables developers to become more productive in other areas of their work.

For example, code which can be expressed with minimal lines of text is much easier to debug when something goes wrong. Ruby on Rails: Ruby on Rails (or simply Rails) is an open-source web application framework written in Ruby with a focus on creating web applications quickly. David Heinemeier Hansson create a ruby on rails in 2004.

Unlike most frameworks at the time, Rails concentrates solely on providing out-of-the-box support for various aspects of web development, such as routing (or mapping URLs to controller actions), templating (creating HTML pages dynamically), and input validation among others.

Read More: 15 Perfect Font Combinations for Your Next Design

What is Ruby on Rails?

Ruby on Rails (also called RoR) is a server-side framework, similar to Java or PHP. However, while these frameworks are specifically on dynamic web development, RoR was built with a focus in mind to make it easy and intuitive for programmers new to web development.

Since this programming language was as such, there are several reasons why it’s an excellent choice for those looking to jump into web development. For starters, because of its structure and documentation, Ruby programming teaches you all about both client-side and server-side web programming without becoming too complex.

Advantages of Ruby and Rails

Ruby and rails are one of the most popular frameworks by developers to create web applications. The framework’s language, Ruby, is famous for its simple syntax and clarity. It allows coders to build faster and more efficiently than other languages.

Rails, which combines with Ruby as a standard framework. Provides programmers with tools that allow them to add various functionalities. Their web applications without have to spend too much time writing extra code. In addition, ruby also has a wide-ranging set of libraries. That can be useful when developing applications using this programming language.

Ruby on Rails is an open-source, programming language in 2003 by David Heinemeier. Hansson and is now by the company popular as The Rails Organization.

It functions as a model-view-controller (MVC) which allows it to have a leaner learning curve than other development languages. If you need to add a feature or make changes, it’s very easy because RoR separates code from design. Plus, RoR has a great online community with tons of support for free.

Here are just a few of the things you can accomplish using Rails:

As programmers, it’s not always easy to find the perfect tool that’s good at everything. The trick is to pick something and focus on what it does best. As ruby rails developers, we believe that Ruby on Rails deserves it. You’re attention because, in our opinion, there isn’t another programming language as powerful or flexible as it. It does all the heavy lifting for us so we can concentrate on building out custom functionality. In other words, Ruby on Rails makes web development much easier than ever before. Hire Ruby On Rails Development Company.

Types of Websites Made With RoR

Whether you’re building a new web application from scratch or scaling an existing one. Rails could be just what you need. In terms of programming languages, it’s object-and has a strong focus on convention over configuration – meaning that it has sensible rules (or defaults) to make development quicker.

This also means that there are fewer things for you to think about when building your site or app. Rails applications can easily scale too: some users have written software with millions of end-users without experiencing any issues. 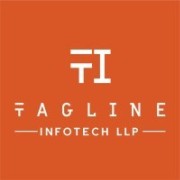 What are the benefits of Soma tablets.

How much does a tax consultant make?

Do You Really Need The Services Of A Hubspot Tech Consultant?

Python Programming: Uses, How to Learn? and Benefits

The Latest Jobs in Search Marketing