The number of struggling businesses being forced into bankruptcy has increased drastically in the Indian market. This happens due to the financially distressed company’s previous debts or other liabilities owing to its creditors, sureties, or guarantors. The legislative framework for handling such insolvent companies is provided by the Insolvency and Bankruptcy Code, 2016. In addition to dealing with the whole insolvency process, it also controls certain kinds of transactions that can devalue the assets accessible to creditors. These transactions are referred to as “avoidable transactions.” Avoidable transactions are further divided into – preferential, undervalued, defrauding creditors, and extortionate credit transactions. We will deal particularly with “Preferential Transactions” in this article.

Often when a distressed company anticipates being subject to an insolvency proceeding, it might explore ways to transfer its assets to other group companies or specific creditors at the expense of other creditors. Such acts by a distressed firm can risk the interests of its creditors. Therefore, the National Company Law Tribunal (NCLT) has the authority to revoke any unnecessary transaction(s) that distressed companies engage in after being declared insolvent in order to safeguard the interests of creditors.

What are Preferential Transactions?

A preferential transaction simply refers to those transactions in which one individual is given preference over another. When an insolvent company engages in a transaction to transfer its assets in favour of one or more creditors at the expense of the others, the transaction is deemed preferential in terms of the Code. The bankruptcy and insolvency code also addresses certain other peculiarities that should be remembered.

Look Back Period As Per The Code

Major Drawbacks of The Code

There are various timelines in play, and the Code is strictly regulated. There are set timelines for the decision-making process, the creation of the committee of creditors, the submission of the resolution plan, etc. However, sometimes the NCLT is unable to adhere to these legalised timelines due to the backlog of cases. In addition, the pandemic has made it even more difficult for courts to function effectively, making the situation worse.

As of now, several companies may have gotten away with preferential transactions, gravely harming the interests of the creditors. While the Code has attempted to control these transactions by including legal provisions and eligibility criteria, such as the look-back period, they merely make it more difficult for distressed corporations to keep assets out of the grasp of creditors rather than making it impossible.

Some of the aforementioned factors might make it difficult to check for and avert “preferential transactions.” Since it is a resolution professional’s responsibility to determine and report such transactions, they should be attentive in performing financial audits to detect such transactions as soon as possible. Companies should be careful not to engage in activities that are against the Insolvency and Bankruptcy Code, 2016, since doing so might result in legal repercussions. 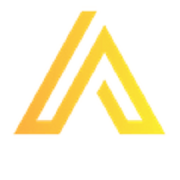 Content Marketing for Small Businesses: What You Need to Know

Dump Your Current Budget And Become A Conscious Spender

Personal Loans or Overdraft Account: Which One is Best for You

To Apply for a Personal Loan in India, a Good Credit Score Alone is not Enough.