According to statistics supplied by UK police agencies, the number of illegitimate number plates increased by 18% between 2016 and 2017. In 2016, authorities found 7,876 plates that were unfit for the road. In 2017, that number jumped by more than 1,000 to 9,031. Extreme increases were seen in a number of British regions. The greatest growth occurred in Warwickshire, Dorset, Gwent, and Northumberland, which each had an increase of 179%, 161%, 96%, and 94%, respectively. More than 13,000 drivers were captured in 2020 with changed number plates, according to data given by Compare The Market. This is more than every other illegal upgrade combined.

WHO AND WHAT CONTROLS WHETHER A NUMBER PLATE IS LEGAL

The British Standard is the most prominent. Back in September of 2021, we upgraded to BSAU 145d from our previous version, BS AU 145e. The British Standard specifies the minimum requirements for a valid UK licence plate. This includes the required retro reflective quality and quantity, as well as the required size and font of letters. The mandatory information or GB signs, as well as the colour yellow (rear plates), are also included. The many tests that must be performed on a number plate to ensure that its individual pieces are of legal quality are spelled out in the British standard.

The second source of authority over licence plates is the government, through the Act of Parliament known as The Road Vehicles (Display of Registration Marks) Regulations 2001. Here’s when it starts to get tricky. In the last 50 years, several laws and statutes have been passed that regulate the making and displaying of license plates. There have been five separate legislative instruments that have amended the aforementioned Act of Parliament. There has recently been a need for a 7mm space to be left between the registration characters and the mandatory information on a number plate (postcode, BS AU 145e, etc.). Before the updates, this data could go wherever so long as it didn’t overlap with any characters. So, it’s crucial that you, or more significantly, your license plate provider, stay abreast of any legal developments.

HOW DO I KNOW IF MY NUMBER PLATE IS LEGAL?

There are three pieces of mandatory information that must be included on every license plate that can be easily checked to see whether the plate is legitimate. This includes the component manufacturer’s mark, the BSAU 145e lettering, and the issuing company’s zip code. Something like a brand name or a symbol. This reveals three pieces of data that authorities or mechanics could want. It might be a dealership, a garage, or even a firm like Fourdot where you had the plates created. The plate’s BSAU 145 E marking indicates that the product complies with the latest version of the British Standard. Last but not least, the manufacturer’s mark identifies the source of the product’s components. An auto dealership could have provided you with a set of plates, but the plates’ components would have come from a manufacturer outside of the company.

Technology advancements in police and vehicle monitoring often prompt the introduction of such regulatory instruments. In light of the proliferation of Automatic Number Plate Recognition (ANPR) cameras, the most recent Statutory Instrument prioritizes maintaining a clutter-free zone immediately around the registration. These kinds of cameras have recently become commonplace. New SMART highways, police cars, high-tech parking garages, and the London Congestion Charge Zone all make use of them. 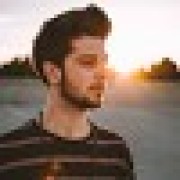