After motor oil, probably the most important part of any vehicle is its battery. After all, your car relies on your battery to provide that ‘zap’ to help start the engine and to power all electrical components as you drive happily down the road.

However, your happiness can be short-lived if your car won’t start because of a dead battery. Often, a dead battery catches us at the most inconvenient of times. While it’s normal for car batteries to lose their charge over time, if it keeps dying repeatedly, it’s a safe bet that there’s an underlying problem that needs to be dealt with before you end up stranded somewhere.

And if such circumstances do arise, your best option is to find a professional check automotive services in Dubai to deal with such issues quickly. However, you should also understand the root cause of the problem yourself.

That being said, let’s begin!

A parasitic drain is simply the drain of a car battery even when the vehicle is entirely turned off. In a parasitic drain, electronic accessories like the clock, security system, or trunk light in your car continue to run even after the key has been removed from the ignition.

While these accessories use minimal energy but are fully capable of killing batteries if you suspect parasitic drain in your battery. Consider checking all possible areas of your car where your issue could lie. Yes, it’s tedious, but it’ll be worth it!

The battery cables serve as the channel through which electricity passes from the battery to the vehicle. Your battery terminals will start to rust if these positive and negative terminals are loose or if your battery sits unused for an extended period.

Over time this will cause a reduced current within the electrolyte, which means that your battery will no longer be able to hold a charge. If this is the case, there is a slim chance that you’llbe able to reverse the damage.

Therefore, checking the battery connectors every 2-3 months and taking proper care of the battery, i.e., keeping on top of corrosion.

The key thing is to ensure your battery remains dry and clean. Batteries that have never been cleaned can produce a discharge that can cause short-circuiting and other damage.

Your car’s battery usually recharges when you start the engine because if it didn’t, you’d need a much larger battery to go long distances. The component that charges your battery is known as the alternator.

Along with recharging the battery, the alternator keeps all the electric components, such as the lights, heads-up display, AC, etc., functioning properly. But, if the alternator has a defective diode, it won’t be able to recharge the battery completely. And its poor performance will be seen through the shutdown of other electrical components in the car.

Extreme climates are among the most damaging factors to car batteries. Although most people assume that cold weather kills car batteries faster, it’s actually the opposite. Extreme heat frequently causes the fluid in the car batteries to evaporate, harming and damaging the battery’s internal structure, while extreme cold can significantly decrease the battery’s power capacity.

To avoid a rapid battery drain, think of ways to reduce the temperature your car’s battery is exposed to. For instance, avoid acute temperature exposure as much as possible, parking in shades in the summers, and drive frequently and long in the winters to help minimize the effects of the weather.

As established earlier, the battery recharges once the engine has started. However, if you only drive for short periods, the battery doesn’t get enough power to be recharged. By continuing this pattern, after a while, your battery’s voltage will be so depleted that it won’t be able to start the car.

Therefore, taking at least one long trip in a week or two is advised to help completely recharge the battery naturally.

Many people don’t pay attention to the lifespan of batteries, but it is one of the major reasons your car battery may not work well. A battery typically has a lifespan of two to five years, but as it ages, it loses its ability to perform at its best and struggles to maintain a charge.

Old batteries lose their charge far more quickly than new ones. If you find that it’s not holding a charge as well as it should be and is in this age range, it is likely that it is time to invest in quality battery brands like ACDelco.

Even while every battery must fail eventually, you can take steps to prolong the life of your car battery by keeping it clean, well-maintained, and in good working order.

But, if your battery is no longer usable, and you’re considering purchasing a new one, you can always contact reliable distributors like CTC. Place your order today! 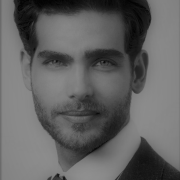 George Gary is a technical writer with a background in the automotive and food industry. He spends most of his time writing informative blogs to help people know how to make their life better.

The Fact About Cosmetics Export Certificate that No One Is Suggesting

Which company provides the best website design service in UAE?